In 2017, the primary way most citizens interact with their government is through the internet. Before they go to an office in person, before they write a letter or make a call, they visit a website. As such, the traffic across those webpages present a useful window into the way people interact with their government, and into the rhythms of American life.

To understand how traffic preferences have changed during the first 100 days of Donald Trump’s presidency, I pulled data on a month’s worth of traffic among all US government websites from analytics.usa.gov. The website compiles statistics for the prior 30 days (or 5 minutes, if you’re interested in that). To compare the way activities have changed, I compared data of the prior 30 days that included Trump’s inauguration (the most readily-available data was for Jan. 29th, nine days after his inauguration) and from his 100th day in office, April 29th.

This chart demonstrates the way views of government domains were different in April from the way they were in January. It uses a “ranking” of the number of visits a domain received. 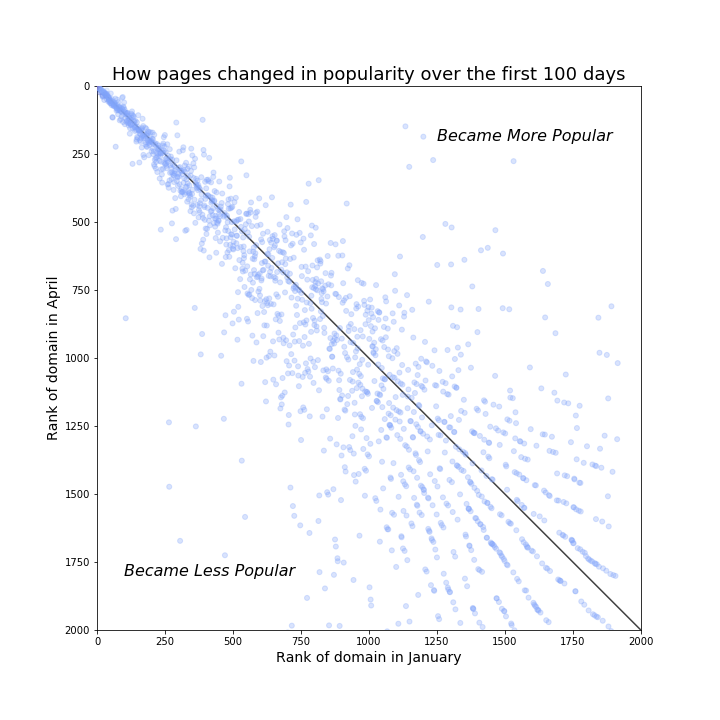 To summarize, Americans are busy living their lives, but they are quantifiably are less interested in interacting with the public-facing part of the executive than they were at the beginning of the Trump Era.

See the full analysis of this question on Github.