It’s a time of bright spring sunshine, cherry blossoms, and people everywhere searching their memories for where exactly Xavier University is.

It’s tournament season! Or at least it is every year in my household until UNC loses. But beyond my general interest in watching a round ball go through a hoop, it’s also a great time to test out predictions. Since everyone and their brother makes predictions about who is likely to win the games each round, I thought I’d check and see how they are doing.

I collected the percentage likelihoods for each of the rounds from where they were compiled at the NY Times Upshot.

Since the first round of the tournament is 64 hours of basketball shoved into a two-day period, it’s often the most exciting period, and the best for analyzing predictions. So I compiled the results of the first round and compared the scores for each team to the prior prediction.

As the graph below demonstrates, these results split out into four groups: 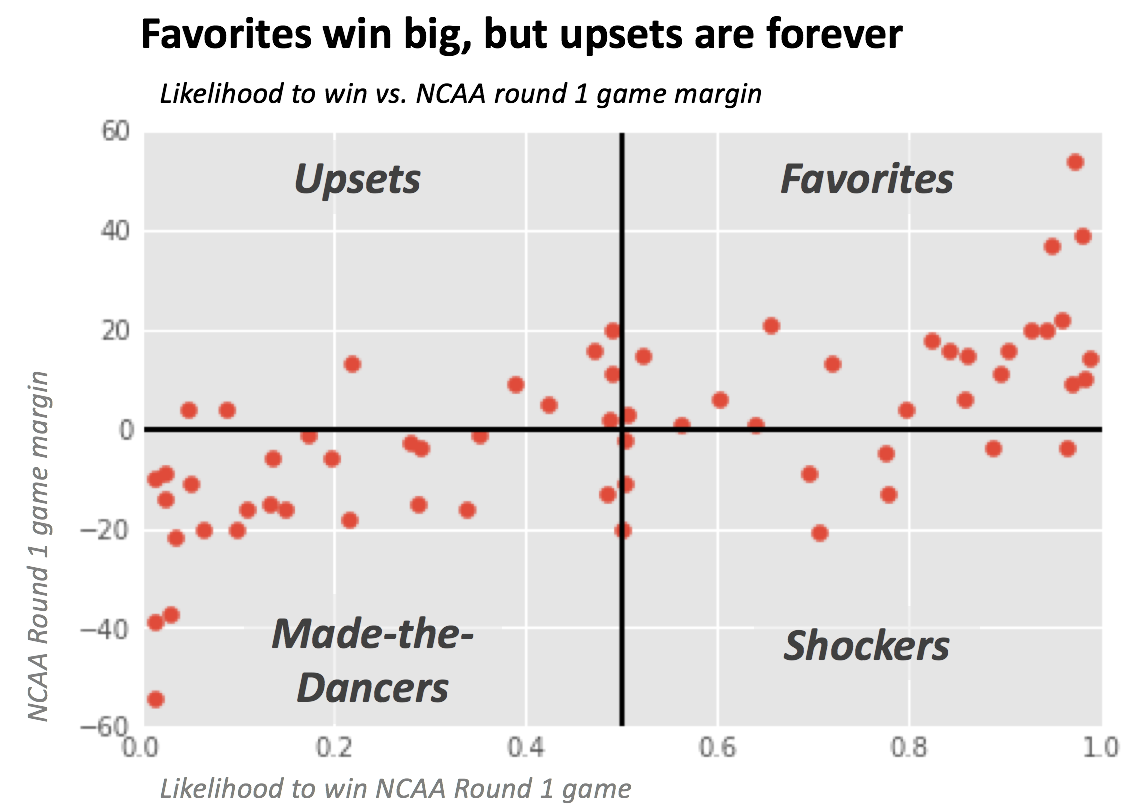 As we move into the second weekend of the tournament, I’ll keep taking a look at how these predictions held up. There are some early upsets. Last year’s champ Villanova have already lost this year. I felt bad for them for exactly 4.7 seconds.