The Consumer Financial Protection Bureau (CFPB) has been around since 2011. The organization is charged with policing financial services companies to ensure that they are fairly treating consumers. One of the ways they gather information on consumers’ experiences is by tallying complaints of wrongdoing against companies.

And for Donald Trump’s Inauguration Day, there were more complaints to the CFPB than there have been on any other day. 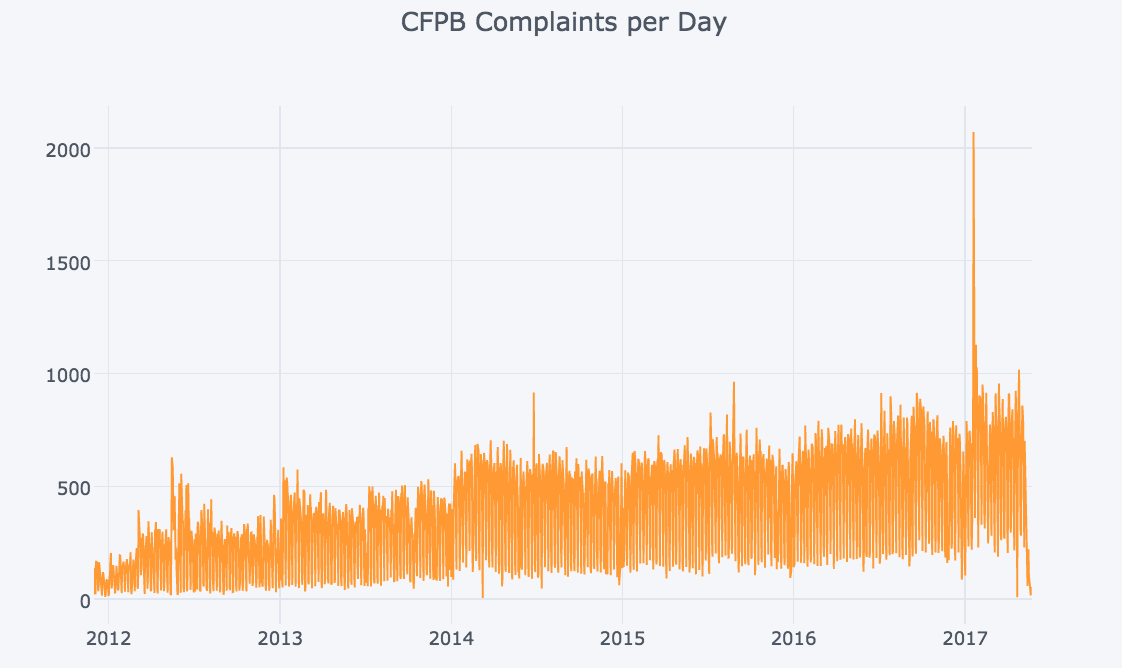 While complaints have increased steadily over the CFPB’s existence, the 24 hours before Trump’s inauguration saw more than twice as many reports to the CFPB as any preceding day. There were more than 1,500 individual complaints on both Inauguration Day and the day before it.

The CFPB houses a massive amount of data in its complaints database, which is open (and uses an exceptionally well-documented API, courtesy of Socrata). One particularly interesting way that this data lines up is around various types of products that people have complained about. For instance, over the course of the CFPB’s existence, mortgages and debt collection have been the two top issues that consumers have complaints about.

But on Inauguration Day, more than 60% of complaints were about student loans.

I’m especially interested in how these complaints demonstrate the ways people talk about their mistreatments, and the way those translate to actions. I’ll be pursuing those questions in the following days as part of a larger project.